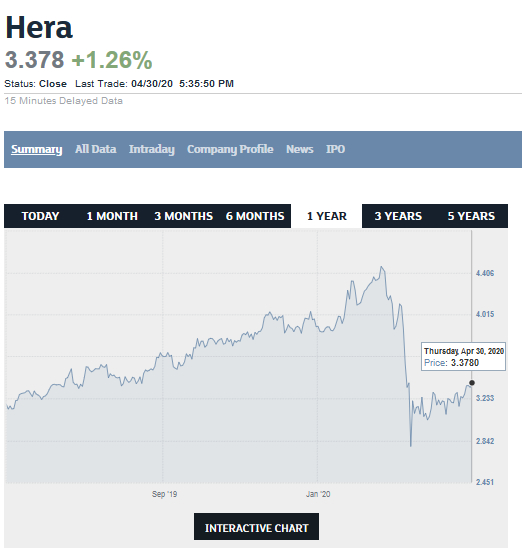 Point 1. Amendment of Articles 16 and 26 and deletion of Article 34 of the Articles of Association in compliance with the provisions of Law No. 160 of 27 December 2019: inherent and consequent resolutions.
=>      VOTE IN FAVOUR

Point 2. Amendment of Article 17 of the Articles of Association in compliance with the provisions of Law No. 160 of 27 December 2019: inherent and consequent resolutions.
=>      VOTE IN FAVOUR

Presentation of the Sustainability Report – Consolidated non-financial statement drawn up pursuant to Legislative Decree No. 254/2016.

SNAM is making progresses in  RESEARCH in the field of hydrogen (H) applications, in particular in the following areas:   PRODUCTION OF H  -and INPUT into the methane gas network, H in mix at 5%  https://www.snam.it/it/hydrogen_challenge/snam_idrogeno/

QUESTION N.1        Has HERA planned partnerships with SNAM or other companies in the field of research and development (R&D) of H, for example, by making available its own facilities,  networks  and personnel?

QUESTION N.2        If HERA has not planned partnerships with SNAM or other companies in the context of H&D, is it possible to know if it is already working within it, or plans to do so… if so, with what actions?

SNAM has adopted a web and mobile cartographic platform called  CARTESIO  to view and report its transport and distribution network.
QUESTION N.3        Has the application computer tool currently used in HERA been compared with CARTESIO? If so, and if there has been demonstrated to be an effectively superior exercise of             CARTESIO, what actions can be taken to try to standardize the quality standards?

The United Nations 2030 Agenda, to fight against climate-changing emissions and for the transition to a carbon neutral economy, provides for a combination of ESG  (Environmental, Social, Governance) factors as a tool for investors and lenders.
https://it.wikipedia.org/wiki/Green_Banking

QUESTION N.4        To make it easier for the function of INVESTOR RELATOR to find the necessary resources for the development of the internal technological chain in several business areas, already by its nature in the GREEN ECONOMY field, as already requested by the last shareholders’ meeting, how is HERA’s possibility of investing a part of its profits in the progressive acquisition of shares of a bank (*) having a green bank connotation?

(*) Note Bank, in a first phase, it’s not retail bank, but aimed at companies for medium-long-term investments, based on the model, for example, of MedioCredito Centrale or  a mini DDPP Fund on a regional basis  or ATO  groups.

We are in an interconnected world, characterized by speed, interdependence and globalization. In recent months, factors outside the company’s business – viruses, business freezes, a sudden drop in the price of hydrocarbons, yesterday to -$7.4 – have caused the value of many listed company securities to change over 25% within a few working hours. From today to tomorrow companies such as ours have lost up to a quarter of the value of the Stock Exchange, while doing an excellent job. At this point it is clear that the rules of the market must be reviewed by those who have the title and the possibility to review them, to make available DEFENSE TOOLS, able to provide liquidity to a stationary COUNTRY SYSTEM.   Who is entitled to request these tools is the political party in government …? This, in our case, coincides with the Public Shareholders of simple majority, expression of the Public Trade Union Agreement. Having this asset “at home“, I believe it is fundamental, on the part of Top Management and the Board of Directors of HERA, to acquire first of all the awareness of the difference between existing defense tools. There are liquidity instruments for the COUNTRY SYSTEM such as the ESM Fund, EUROBONDS, which are negative because they are debt funds: they are created out of nothing, lent but then the amounts must be returned with interest.  And then there are other positive defense tools that can bring in liquidity like Quantitative Easing (Q.E.) Here, the liquidity for the benefit of the COUNTRY SYSTEM is created out of nowhere but given away. The limit of generating fiat money, is FULL EMPLOYMENT and an INFLATION RATE OF 2%… and before reaching it, it is possible to use them for public works to remake networks at the end of a life cycle and invest in the green economy transaction of our industry. (*)  For this reason, it is necessary to be aware of what is good and what is bad, and to ensure that the part owned by the Public Members takes action in the appropriate locations to request the use of what is WELL. Below, you can find all the information material on defense tools by the PositiveCurrencyAssociation.

(*) In the US, President Trump recently jointly signed a $6.2 Trillion Bill for the Federal Reserve as Q.E., which will partly fund public works such as the rebuilding of utility networks. https://www.liveleak.com/view?t=sX9gA_1585344360

QUESTION N.5 I ask the President, AD if they can please commit to a confrontation with the Pact of Union of Public Members, to request the use of the H.E.C. instrument, in the appropriate forums, including ANCI, Conference of THE REGIONS and directly to the GOVERNMENT also through UTILITALIA. If we don’t deal with the rules of the market, it is them who will take care of us, with unforeseen, and sometimes undesirable, effects, both on the Income Statement and on the Company’s Assets,

EXPLANATIONS OF VOTE BY SHAREHOLDER ENRICO NANNETTI Spokesman of Actionhera

I believe that the right thing to do is to share the profit generated by the public activities of the management and distribution of public utilities into concessions, under semi-monopoly, from the private activity of the production and marketing of goods and services at an entrepreneurial level. So, on the one hand, two categories of profits should be indicated:

– biogas and other gases of organic and plant origin;

– web and mobile IT platforms;

As long as such a subdivision is not made explicit, I believe that PROFITS FROM MANAGEMENT OF PUBLIC UTILITIES and PROFITS FROM BUSINESS ACTIVITIES, both by business area and at a consolidated level, therefore, the monetization in dividends of profits so  indivisible, is not acceptable.

All the more so as the public members benefiting from these resources as dividends, do not include in their Statutes and Regulations such a legislation that obliges them to use such proceeds only for expenditure chapters aimed at the provision of services consistent with the mission of the investee company that generated them. For example, in our case, for street cleaning, manhole purging, replacement of the water network at the end of the life cycle, etc. .

Out of respect before the President, the CEO, and the Top Management, for their constant work within the Company, which I consider intact, valid and first-class,  I prefer NOT TO VOTE for this AGENDA.

Point 2 of the AGENDA  – Report on  compensation policy =>  VOTE AGAINST

I believe that the current legislation on compensation policy for managers of public companies, which sets a ceiling of EUR 240 000, should also be extended to listed companies with a relative public majority, in particular, those where managers are publicly appointed, and where public utility assets are processed which meet basic needs and of collective interest, such as Hera Group.

Point 3. Renewal of authorization to purchase own shares and methods of disposition of it: inherent and consequent resolutions.

Point 4. Appointment of the members of the Board of Directors: inherent and consequent resolutions.

Point 5. Set the compensation of members of the Board of Directors: inherent and consequent resolutions.

Point 5 of the AGENDA  – Determination of CAM Compensation =>  NON-VOTER

On the past Meetings I asked if was possible to have reports of the tasks performed by each Board Member, as an Onboard Diary of his duties and contribution to the Company. As I haven’t seen any response on that, I consider the preset AGENDA should not address such issue, since the subject matter of the assessment on which to fix the fee to be paid is missing.

Point 6. Appointment of the members of the Board of Statutory Auditors and the Chairman: inherent and consequent resolutions.

Point 7. Set the compensation of members of the Board of Statutory Auditors: inherent and consequent resolutions.

Vote for liability action against directors eventually proposed by shareholders pursuant to art. 2393, 2nd paragraph, of the c.c.. (in this case, there are no voting instructions indicated, so the Designated Representative will vote against)

I thank the President and the A.D. for giving me the opportunity to speak, and for their attention. I also give thanks to all the staff of Hera Group, for their commitment at this moment, I sent you my very special regards, wishing us all to keep up with the good work. 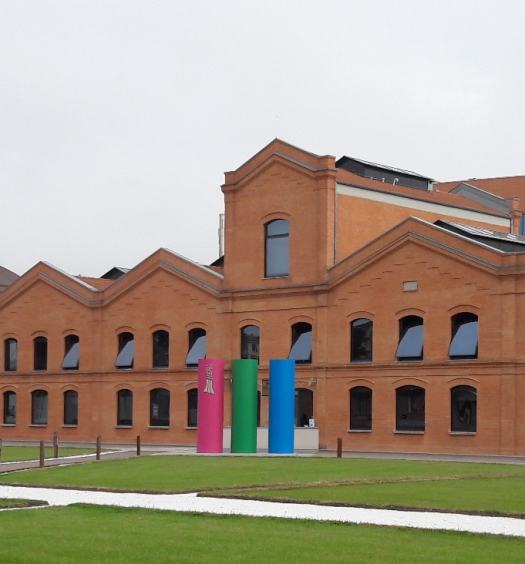